Are My Best Employees Underpaid? 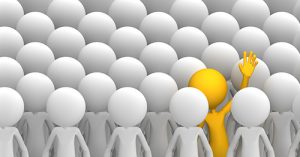 Here’s an idea for you: how about paying your superstars significantly less than you pay your poorer performers at the same level?  Sound ridiculous?  It is.  And yet, our research indicates that many agencies are doing this, often without even being aware of it.

If the salary increase percent for all employees falls within a tight range, you will create a salary policy that rewards longevity, rather than performance.  While longevity is important, the most successful agencies focus their attention and resources on identifying, rewarding and retaining their very best employees.

Let’s assume you typically give salary increases between 6% and 9% depending on performance.  Susan joins your company earning $30,000.  She does a reasonable, but not great, job and is rewarded with 6% raises every year for 10 years, bringing her salary to nearly $54,000.  During the course of those 10 years, she also earns three promotions.

Five years after Susan starts working for you, you hire Barbara at the same entry-level position.  Barbara is clearly a star.  Over the next five years she also receives three promotions and is now at the same level as Susan, but with far greater potential.  You recognize her performance, and her potential, and reward her with 9% raises every year she works.  Despite these much bigger raises, she is now earning $46,000 compared to Susan’s $54,000.  Even if you had given Barbara 12% raises – twice as much as Susan – she would still be earning less.

Which of these employees do you think is more likely to be approached by your competitors and more likely to leave?  Since other agencies also have many “Susans” on their staffs, they won’t have much problem justifying paying Barbara $54,000, or more.  They will just be paying a star the same amount as their own, more marginal, employees.

You can easily avoid this problem by taking some intelligent steps.  First, you must determine whether this is true in your shop.  You should evaluate your employees at each level and determine which ones have the greatest potential for your organization.  Then compare how you rated them against how much they earn.  If your stars are more highly compensated than your non-stars at the same level, this may not be an issue for you.  But if you find that some of your stars are less well-paid, you need to take corrective action and make adjustments, as necessary.

More importantly, you need to handle your salary review process in a way that will ensure this does not become a problem.  There are several things you should consider.

The range of permissible salary increases should be very large.  Consider giving only cost-of-living increases to marginal employees and make more money available to high-potential performers.  There should be virtually no limit to the percent increase given to these rare individuals.

By generously rewarding excellent performance you are able to build a culture where people have the incentive to work hard and develop their skills.  When the reward given to the best employees is only marginally better than that received by weaker performers, you create an environment where people are less inclined to put out their best efforts.

In addition to spreading the range of acceptable salary increases, you should determine market-driven salary ranges for each level and commit to staying within them.  This has two effects.

First, for employees who are being promoted rapidly, it forces you to raise their salaries to at least the lowest end of the range for the new position.  This will accelerate their salaries more rapidly and will compensate them more fairly.  It will also make them far less vulnerable to raiding by your competition.

The second effect is that it will slow the salary growth of poorer performing individuals.  If they remain at a given level too long, they will hit the top of the acceptable range and will be given additional increases only as you raise the range to reflect market conditions.  While this may make you vulnerable to losing these employees to your competition, it is far better to retain your employees with the greatest potential.